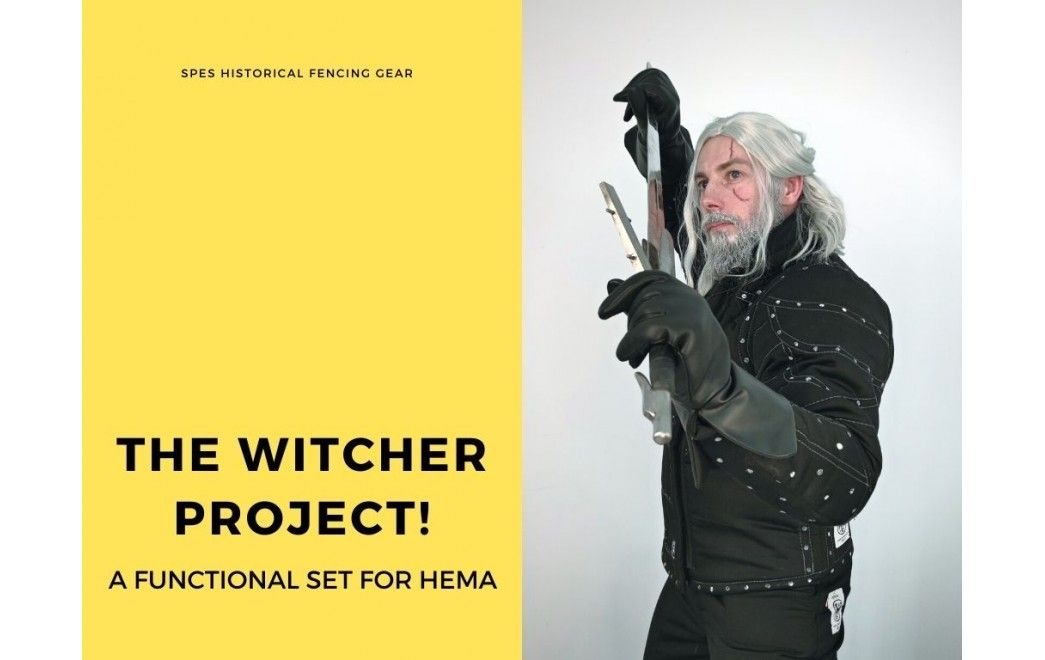 The latest season of The Witcher series motivated us to finish our long-planned project. As you may be aware, we wanted to create a set of HEMA gear inspired by Geralt of Rivia – a well-known fantasy character from Polish literature.

We started our work years ago – around the release of the first season of the show. As a result we had very interesting trousers and shirt. 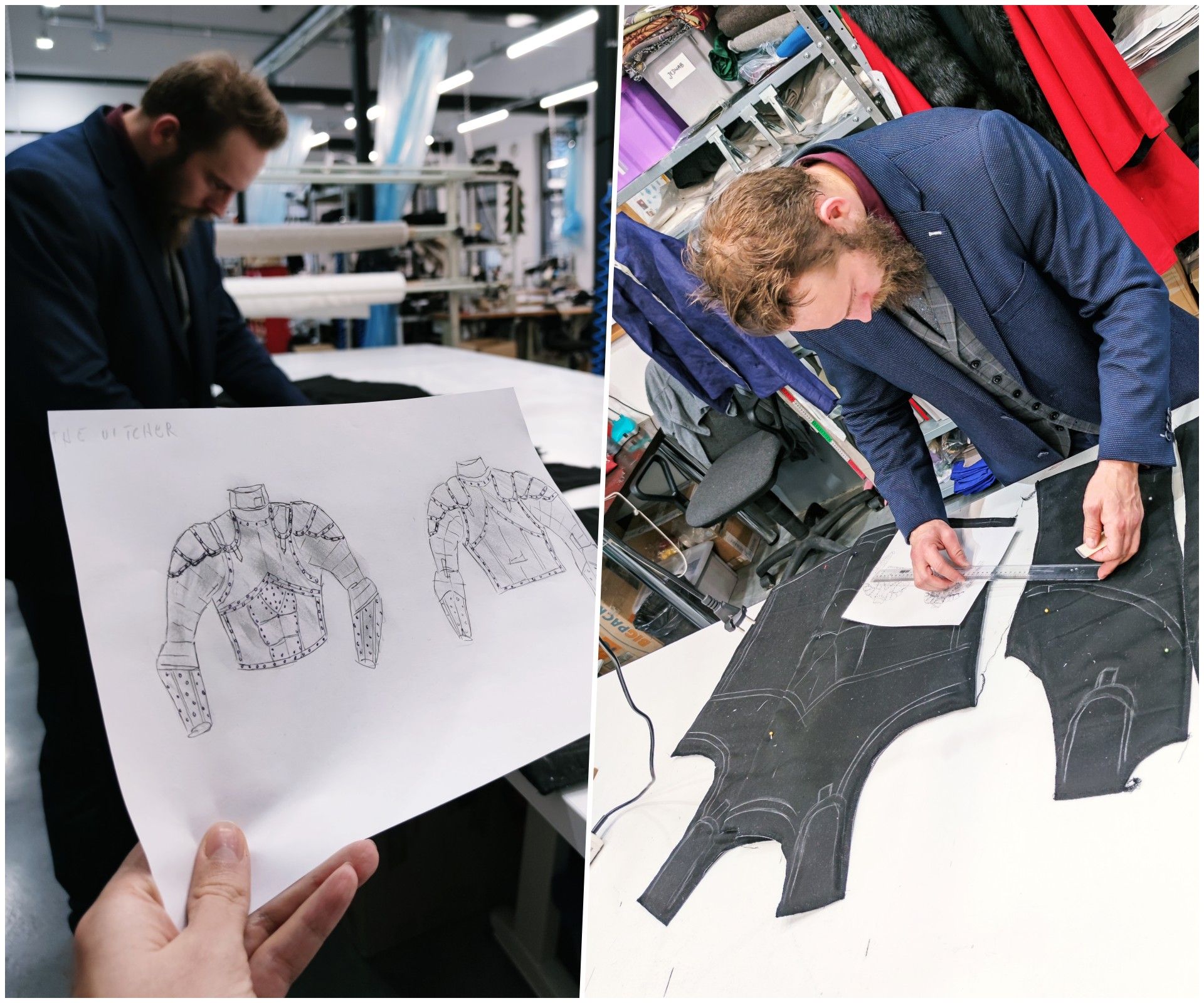 And then the pandemic started. As we had a lot of other things going on, we decided to leave this project for a more suitable time. When HEMA came back to life, we had tons of orders to realize, but luckily we’ve gained some more inspiration from the second season of the show and we are back in this project with new energy.

Like in most of our fantasy/superhero custom projects, the plan was to prepare a kind of theme for our well-known gear, as we still want it to work as a functional product for HEMA.

As you may have noticed, our set was inspired by Geralt’s character from the second season of the Netflix show. Thus, it consists of a black shirt with asymmetrical fastening around the neck. long trousers and AP 350N jacket with witcher’s armor theme.

How we made a Witcher set for HEMA

Here is how we see this.

350N trousers. This pair is made from 350N fabric and based on the cut of our Dragonfly 800N pants. We also kept cushioning foams sewn inside on hips, thighs and knees. However, legs were lengthened to reach over an ankle. To refer to Geralt from Netflix, we added a button closure beside the standard zipper. The standard pockets were removed to simplify the design of trousers.

350N shirt. We’ve been working for a long time on a dueling shirt giving a necessary level of puncture resistance and dedicated to less popular activities, similar to our JF and Ringen jackets. To give it a more fantasy look, we have changed the closure around the neck and we’ve added a low collar. This solution makes the shirt similar to historical examples from the Middle Ages even up to the 20th century, so we can easily adapt it to various periods ? 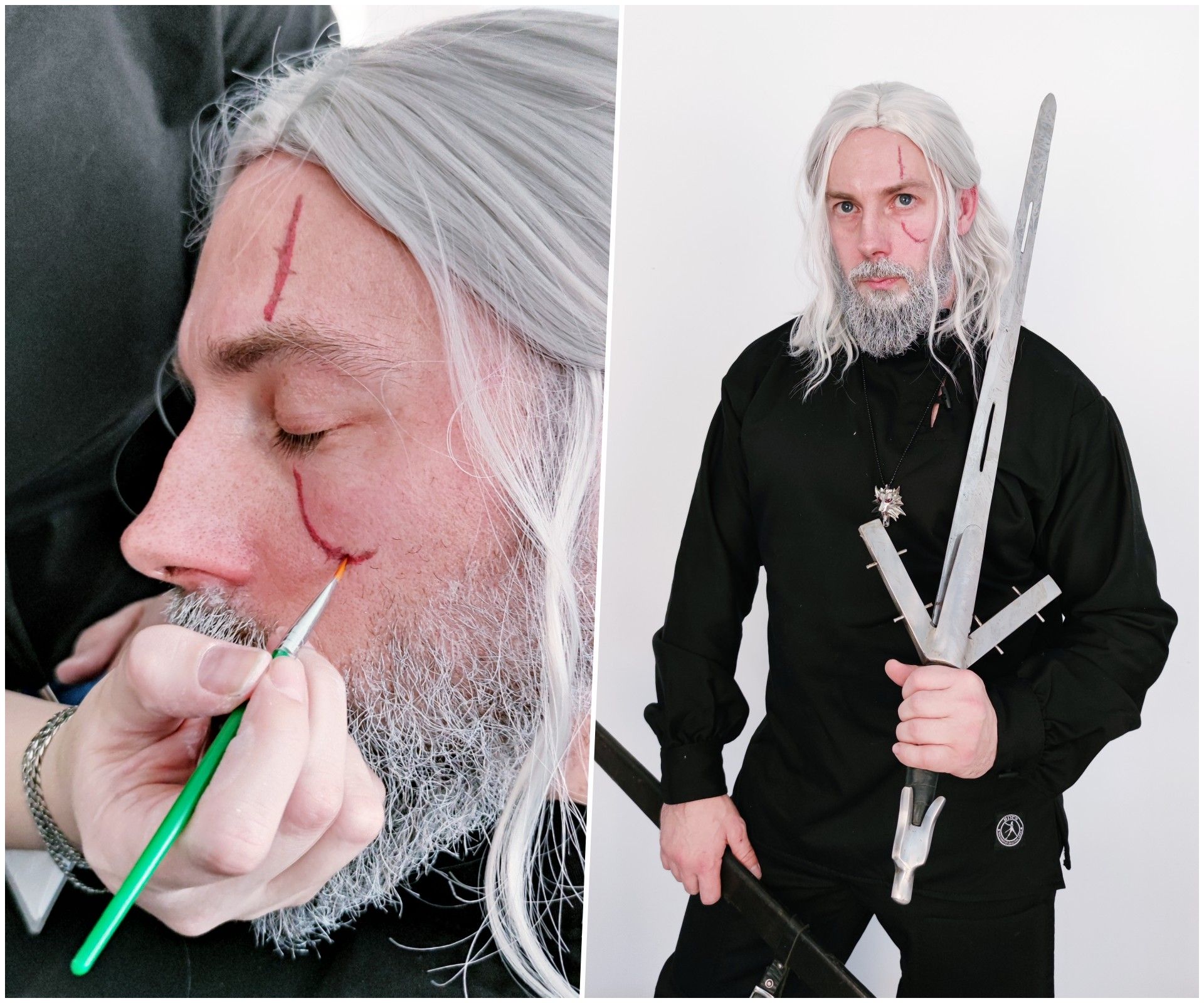 AP 350N jacket. Our basic model in black color became a base for the witcher’s armor theme. We didn’t want to make leather armor, to be honest. We wanted a jacket which would bring to mind Garalt’s clothing, at least from a distance. And I believe the mission has been accomplished. You can notice stitching which imitates the elements of an armor – like breastplate, shoulder pads and bracers (read more in the post about Polish Hussar set). Rivets from the armor have been marked with white paint (more about painting on HEMA gear in the post about block printing).

Gloves. These are the least of our problems in this project, as we have a perfect pair in our regular offer – Swordsman HEMA Gloves. Their design refers to historical examples, but on the back of the hand and on fingers it has cushioning foams, which makes this model appropriate for swordfighting.