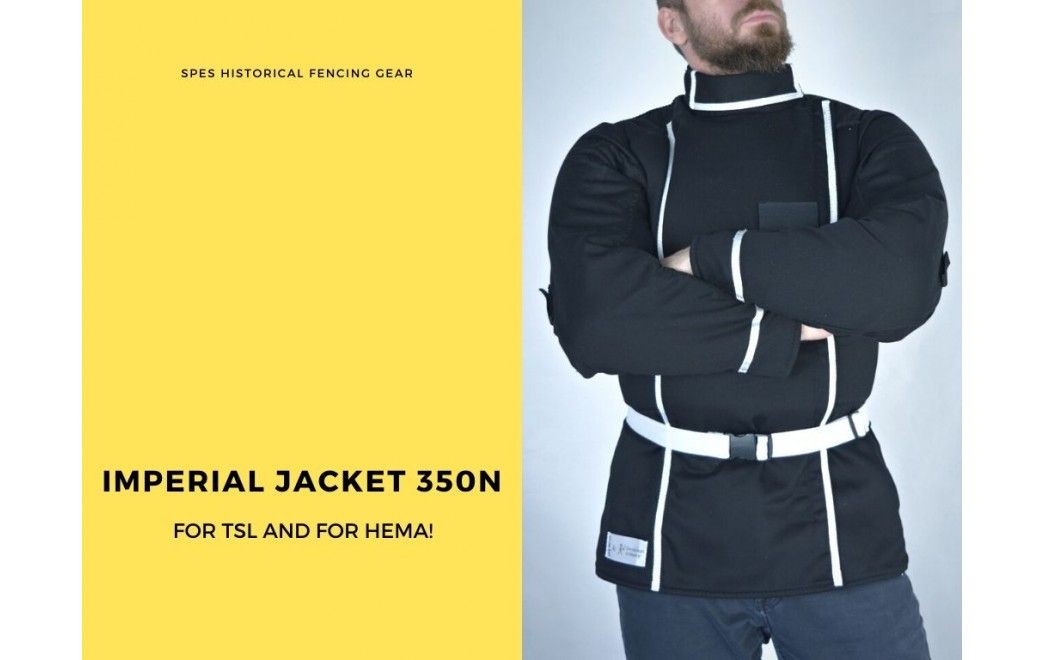 Is there anyone on this planet who hasn’t heard about Star Wars yet? Thanks to another films, comic books, TV shows etc., the universe of George Lucas is recognized by older and younger generations. Who knows, maybe among our readers there are lucky chaps who watched the original trilogy in times when special effects were created with the use of mockups and magic?

The first episode was released in 1977, but it still fires the imagination of many viewers. Admit it, most of you probably wanted to test yourselves as Stormtroopers or Jedi. Well, it seems that it’s within the reach of a lightsaber.

Do you know The Saber Legion?

Leagues of lightsaber duels appear in new cities around the world. Lately, one of the most popular is TSL - The Saber Legion. It’s an organization with a methodological approach towards training and tournaments. Duels take place in special uniforms with design referring to Star Wars. If you would like to try yourself in such a competition, just check if there is a group in your area, or simply start one.

We regularly receive orders from customers interested in this competition. Many of them are already in HEMA. The project we would like to present today came to existence on special request from Purpleheart Armoury, as a response to the need for a protective uniform inspired by Empire officers. Still, we hope that fans of the Light Side of the Force will also appreciate it :)

A long time ago in a galaxy far, far away…

George Lucas wanted the viewers to associate soldiers and officers of the Empire with totalitarian power. He achieved this by cooperation with John Mollo, a costume designer and military expert, who designed the costumes for the movie in 1977. In that time Mollo already had a number of publications on the uniforms of American and European soldiers. And, as you may guess, historical military uniforms were the inspiration for some costumes in Episode IV.

Take a look at the huge helmets worn by the soldiers of Death Star. Their design refers to medieval saladas and Japanese samurai helmets, like kabuto. On the other hand, imperial uniforms have a lot in common with uniforms of Prus, German, and Soviet armies from the 19th century and World War I period. Their futuristic vibe was given by implementing the features from the uniforms of uhlans of the German Imperial Army.

A jacket for lightsaber duels… and for HEMA?! 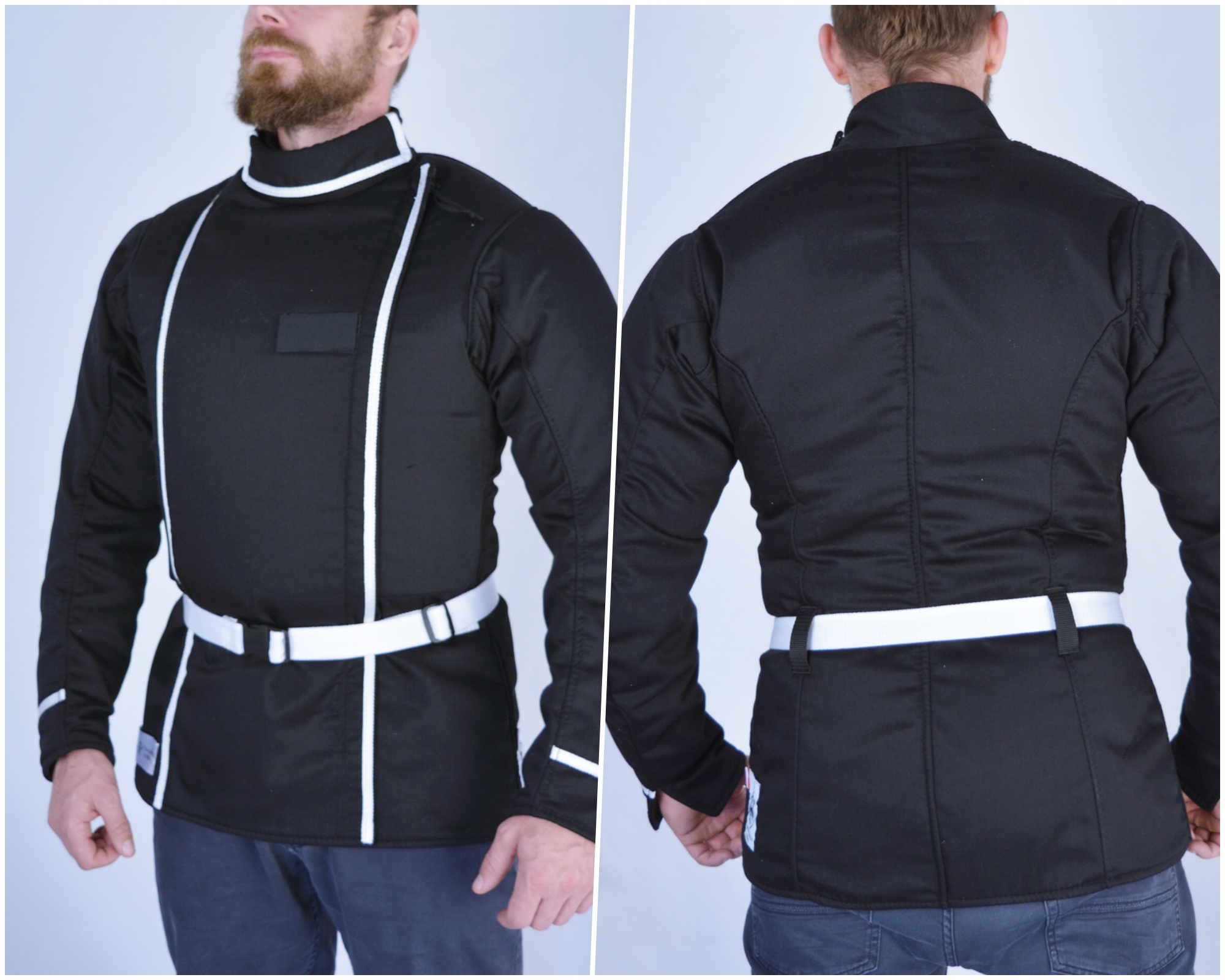 After analyzing the clothing from movies and keeping in mind customer’s instructions, we’ve specified a list of features we wanted to implement in our project. Another important criterion were the regulations of lightsaber duels.

While it’s unlikely that a lightsaber with a plastic core would get through this gear ;) we wanted to increase its protective features anyway. This is how we received a jacket of double purpose: for TSL and for HEMA. 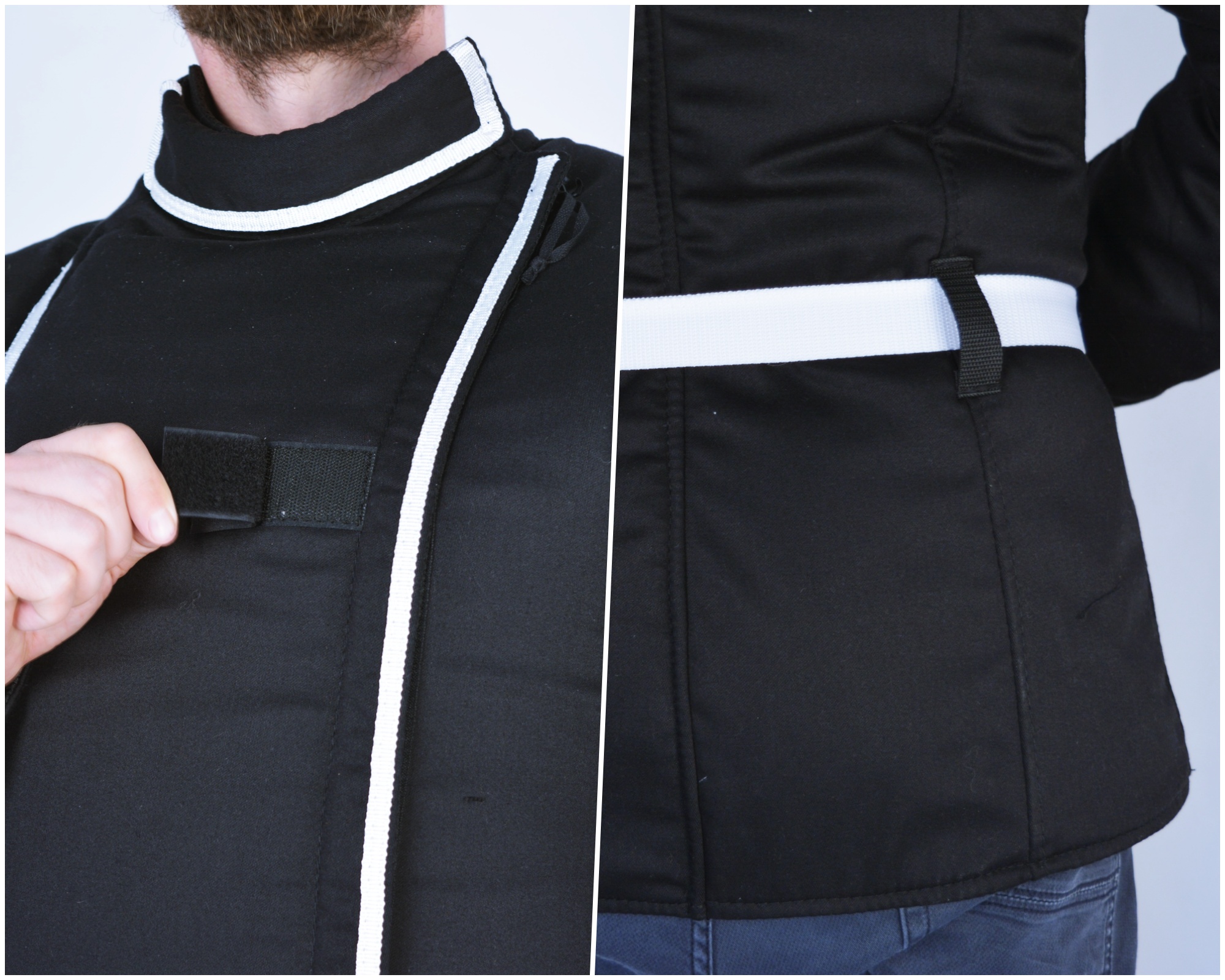 The fabric used in this model has 350N puncture resistance. It has a bladecatcher, a double-fastening, and wide front flap covering a chest. What is more, the jacket covers the hips, which is a feature you often ask about. We also wanted it to provide some cushioning during duels, so you will find pockets for foams on front and on shoulders.

Another interesting feature is a velcro sewn on the chest, which gives an option of attaching a military grade, your group’s emblem or your name. For training, you can detach it to avoid damage. Jacket is decorated with a contrastive belt with a plastic buckle and, depending on a chosen version, it can have a decorative trim.

Basic features of our Imperial Jacket: 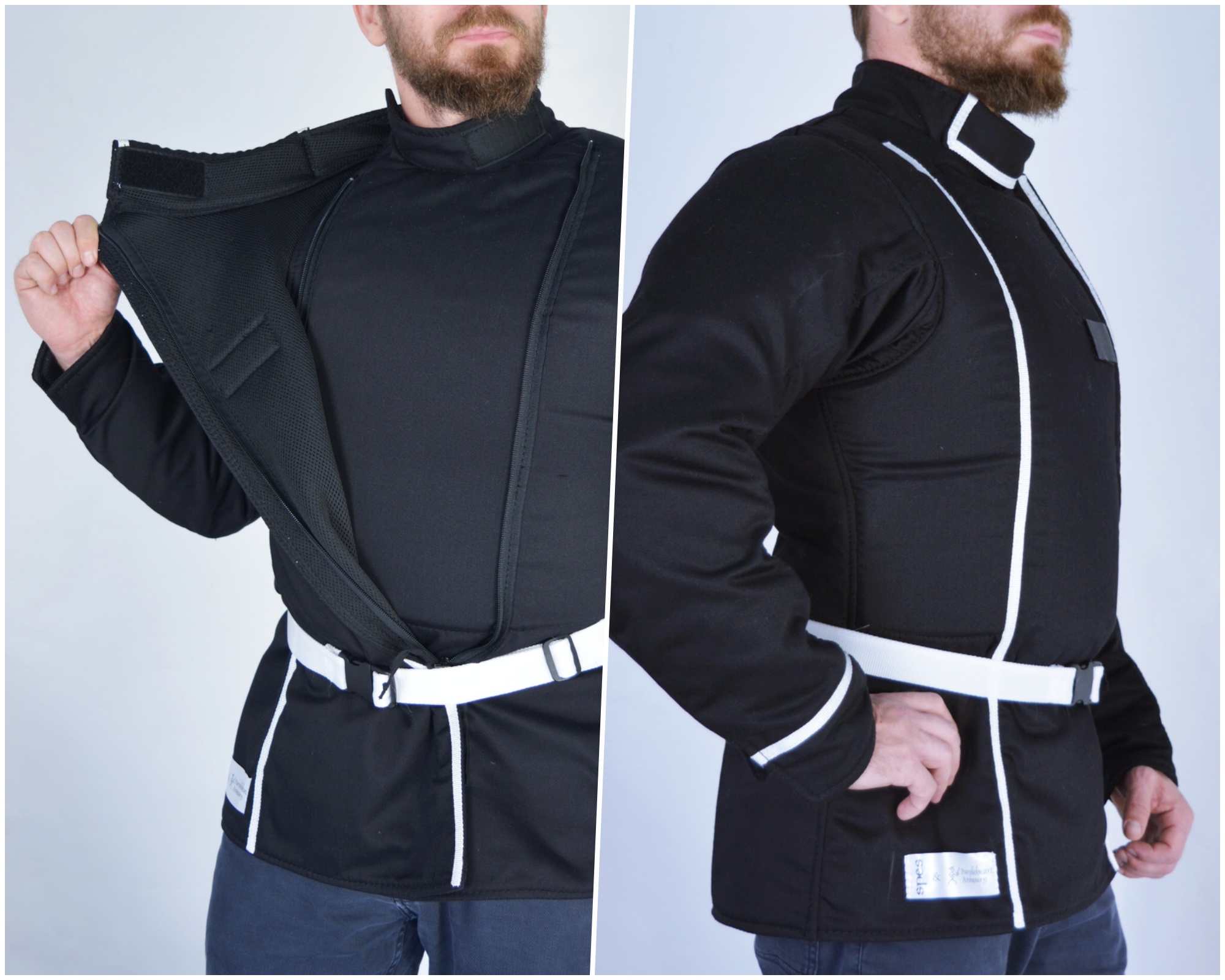 This jacket would make a perfect set with a pair of puffy pants, so if you are interested in getting a pair, just contact our Sales Department. We already see a whole army of fencers wearing gray, white, red and black uniforms, standing at attention… But for now, may the Force be with you!