Evil clown! Pennywise with a sword 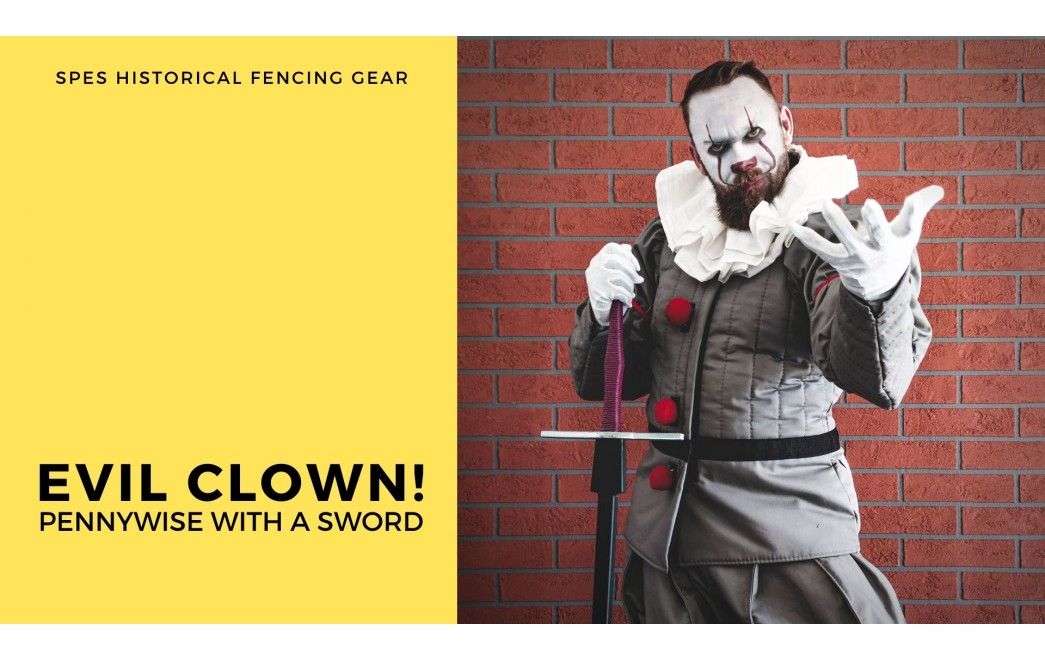 This time we undertook even more unusual project - a custom HEMA gear from the horror genre! A character which instead of entertaining children… scares them to death. 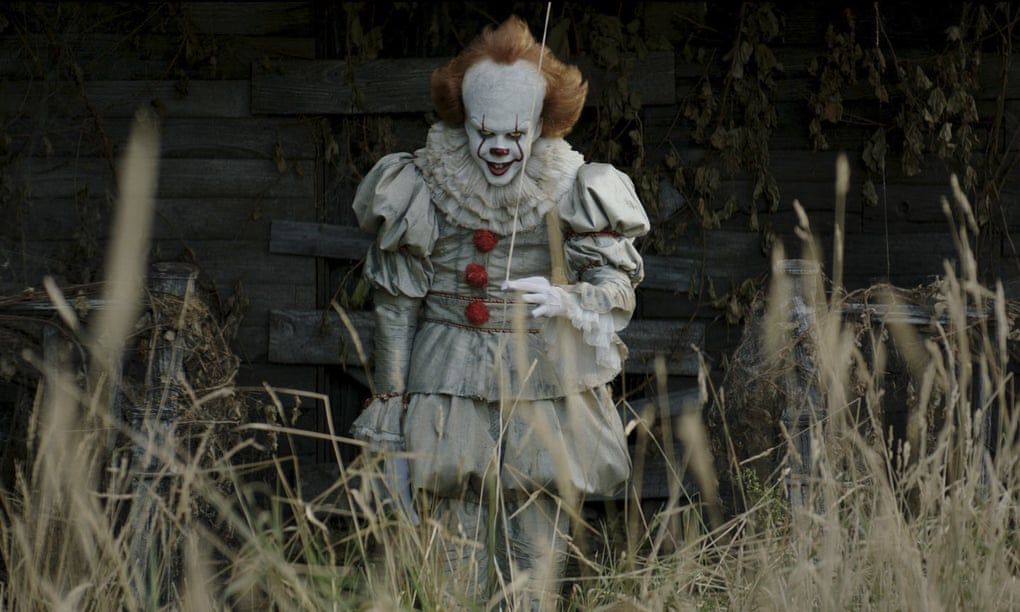 Pennywise is the antagonist formed by the mind of Stephen King. Originally he appeared in It novel and later this character was used in film adaptations.

Pennywise clown in fact is just the most popular form of the creature. It is a shape-shifter and probably much older than it may appear. Still, the real name and background of the creature are shrouded in mystery. We can only be sure that the clown is deadly and that it feeds on humans.

A clown with a sword

To make our set similar to a clown costume, we have implemented several modifications. The base of this set is our FG Basic jacket in gray color. We‘ve added a zipper fastening at front, while the standard pass-through openings (which keep their functionality) now have red pompoms, somehow enriching the gray set. 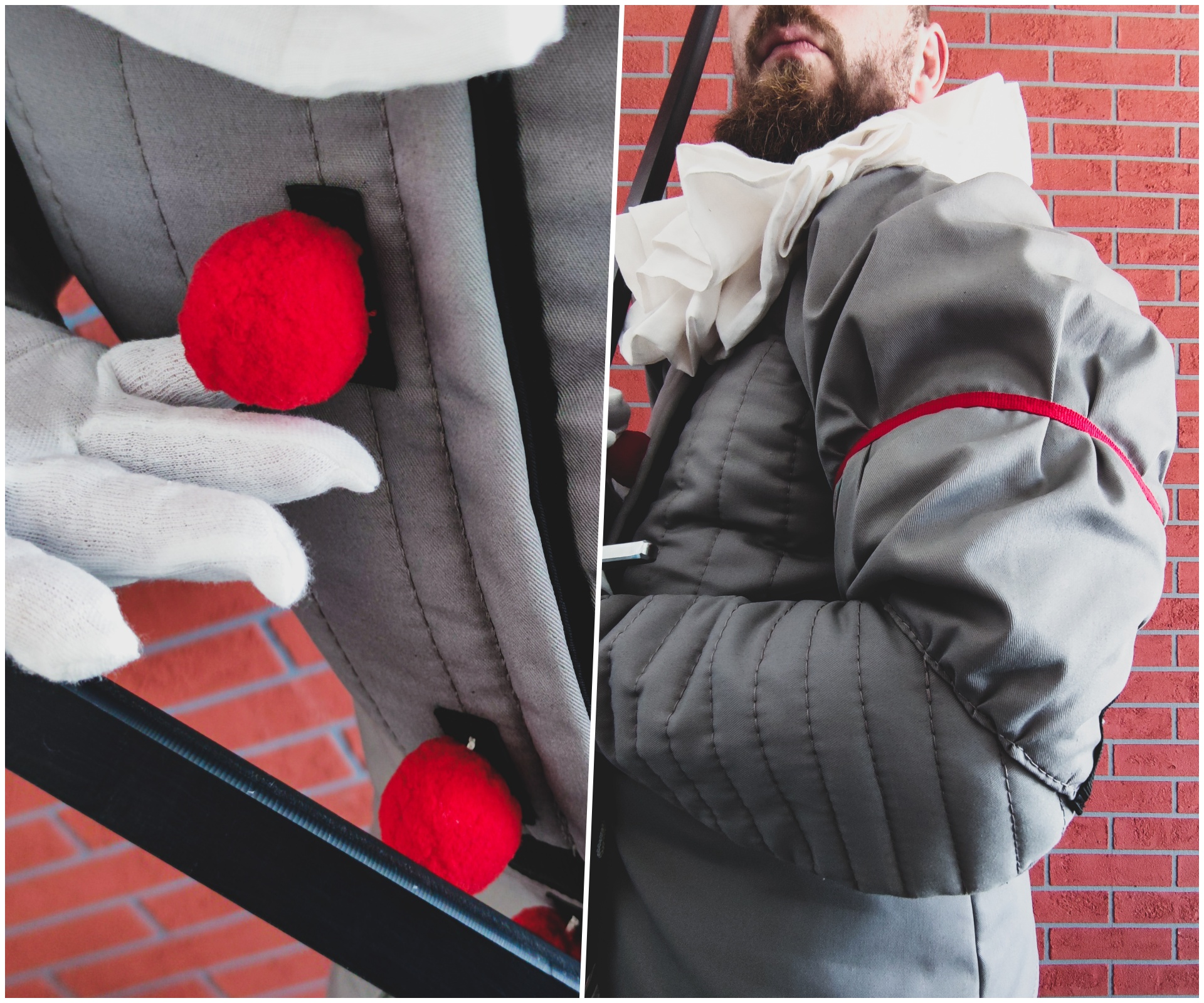 Another change is giving up the stitching on the bottom part of the jacket and adding a black stripe. Upper section of the sleeves has an additional layer of fabric formed into a wrinkled puff, similar to the design from the movie. The back has an additional adjustable strap. 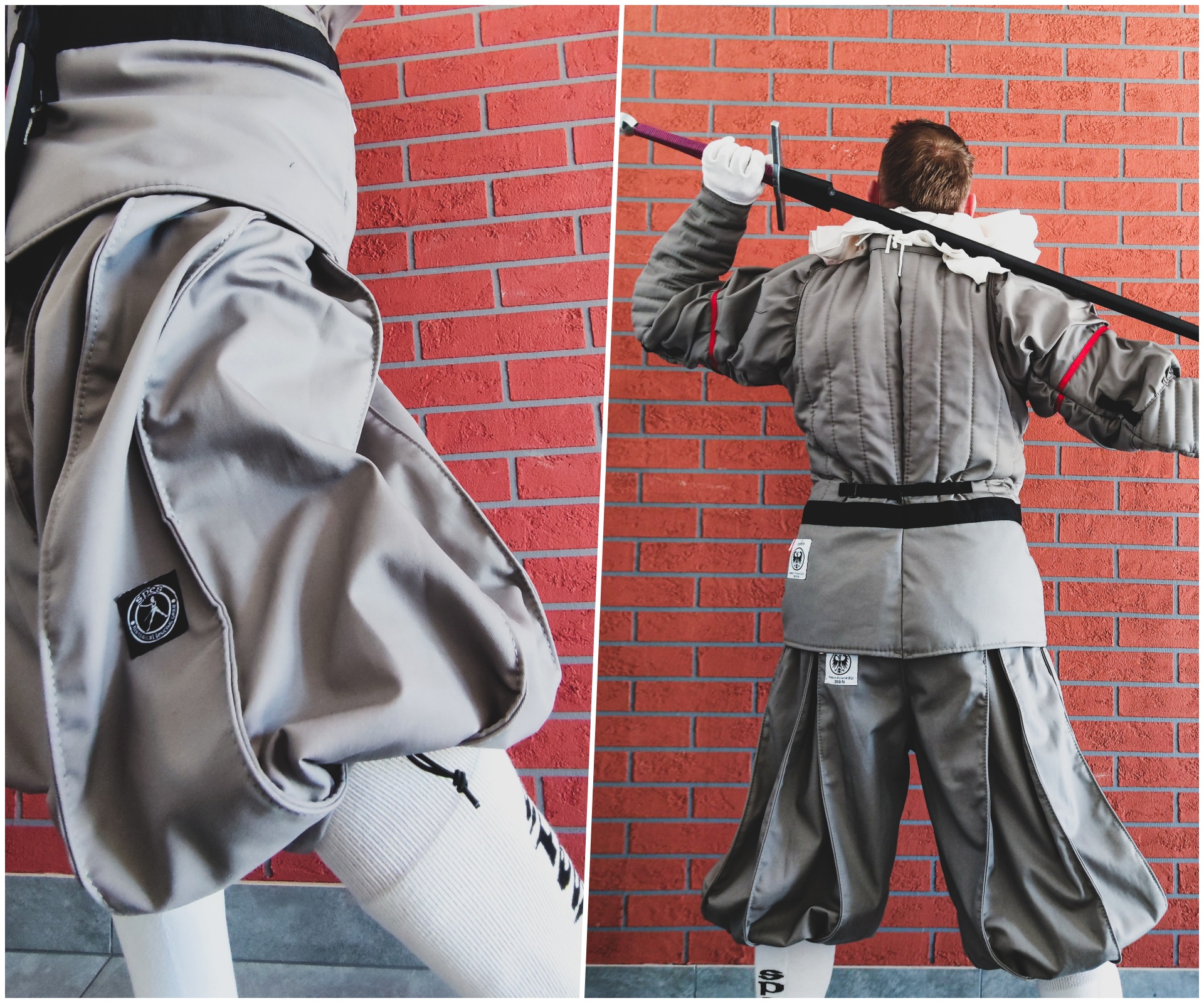 Apart from that, the jacket keeps the functionality and features of our classic FG Basic.

The gray puffy pants from the set are our Meyer 350N - a pluderhose model for HEMA. For this photoshoot we used some additional accessories like white shoes, socks and a linen frill. 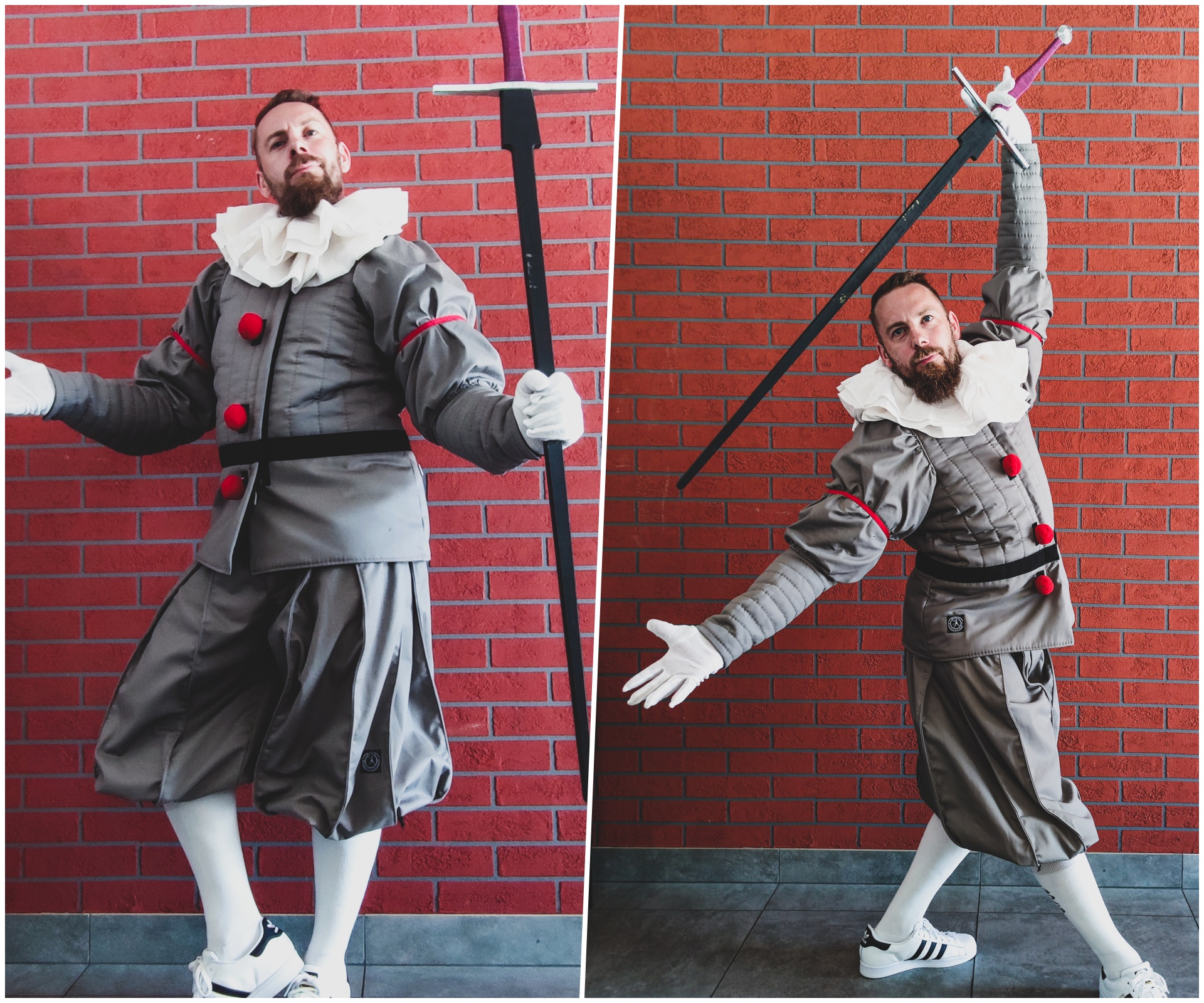 I hope you liked this design. See you soon in another post!