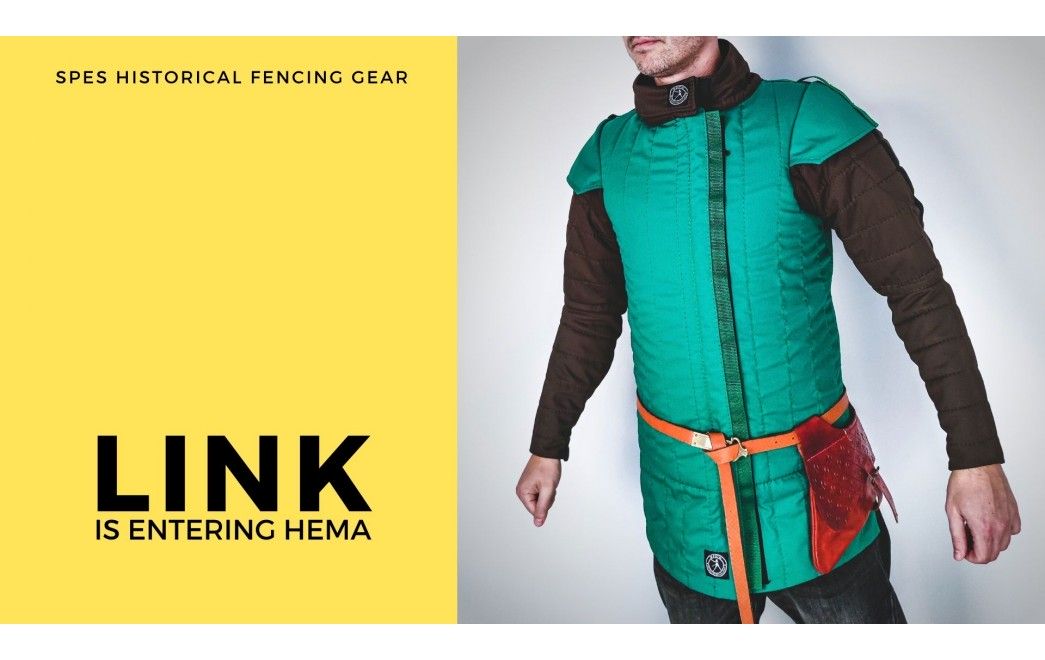 This time we are reaching for a video game classic which started in the mid 80s. It’s no surprise that the series has fans even among HEMA practitioners. In the last decades, Link became a cult figure and a source of inspiration… but can we use his inconspicuous clothing as an inspiration for practical HEMA equipment?

The Legend of Zelda - how it all started

The Legend of Zelda is a well-known action-adventure title from 1986 released on Nintendo console. The plot of this title focuses on Link who sets off on a journey to rescue princess Zelda. During his adventure, he will face various enemies and riddles.

Naturally, the game became a great success and fans didn’t have to wait long for a sequel. Until now, dozens of games have been released in the form of sequels, remakes, as well as spin-offs. Link and Zelda also had a chance to appear in other media, like comic books or animated TV series.

Our task here is apparently simple: we have to modify one of our jackets and make it as similar to Link’s green outfit as possible. Of course, we want to keep its features and functionality as HEMA gear. Our choice fell on the AP LIGHT 350N model.

The base is made in green color, while sleeves are brown. Design of the jacket is slightly modified: the gear was lengthened and its lower edge is erected. On shoulders you can notice characteristic wings which visually widen the torso. Lately, you could have found them in our HEMA doublets.

There’s also a little quilting modification. The vertical stitchings on the torso remain unchanged, but we decided to change the quilting on sleeves to diagonal stitching, just like in the inspired by medieval examples FG gambeson.

To increase the level of protection and give an option of modifying it, the jacket has mountings for PRO covers on sleeves.

How do you like this interpretation? Is there anything you would change in it?