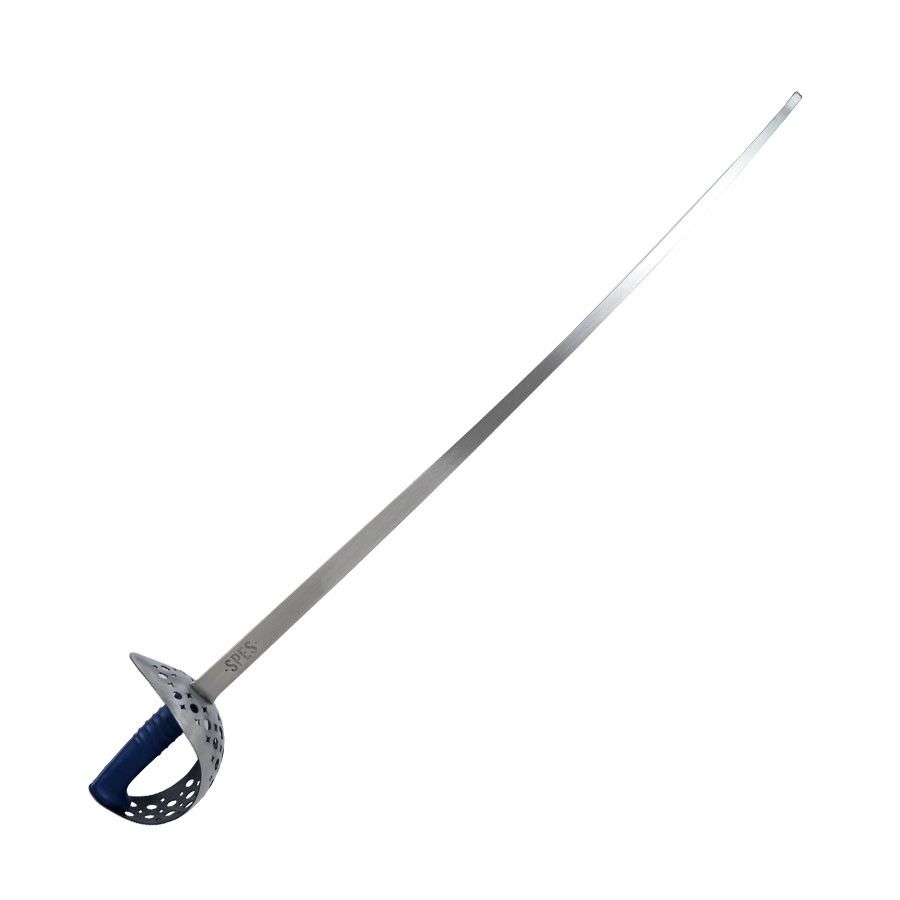 The limited sabre Blue, designed to extend the SPES offer, is made of 50HF steel, intended for HEMA training, as well as for military sabre exercises. Its shape resembles old sabers.

This steel simulator can be used by both women and men, regardless of their skill level. Perfect for retro-style training, e.g. with Dueling gloves, Officer 350N, Attila 350N jackets or 350N Cavalry trousers.

On the front, at the base of the blade, it has a special inscription "• SPES •". The handle is made of blue elastic material. It was covered with an openwork decorated basket.

The material of the handle and the bulge, imitating a twine braid, make the saber comfortable and secure in the hand. The blade is slightly rounded and finished with a punta. The pommel of the sabre has medium stiffness (48-50 HRC) and narrows at the end.

Sabre SPES Blue belongs to the steel simulators of the "Blue" series. All these products are characterized by high quality and individual approach to the project. By choosing one of them, you can be sure that your equipment will be durable and made of the best materials.

A short story of a sabre

A sabre is a long, cutting sword, characterized by a cambered blade. It is still not certain where its name derived from.

Sources on this arm are found in Asia. A sabre came to Europe in the medieval period, gaining popularity in the 14th century.

In Poland, at first it was considered a rather plebeian arm. However, at the end of the15th century and later in the 16th century, when Eastern culture started to influence the noble culture, a sabre found its place in Polish culture. Until the 19th century this sword was seen as the symbol of Sarmatism and the only "decent" arm.

Inspirations for the „BLUE” training sabre for HEMA

SPES „BLUE” training sabre was inspired by historical relics and illustrations from the 19th century. These described a so-called military sabre. Its curvature and weighting refer to former side arms. An openwork finishing on the bellguard not only lowers the weight of the HEMA sabre, but also refers to historical patterns.