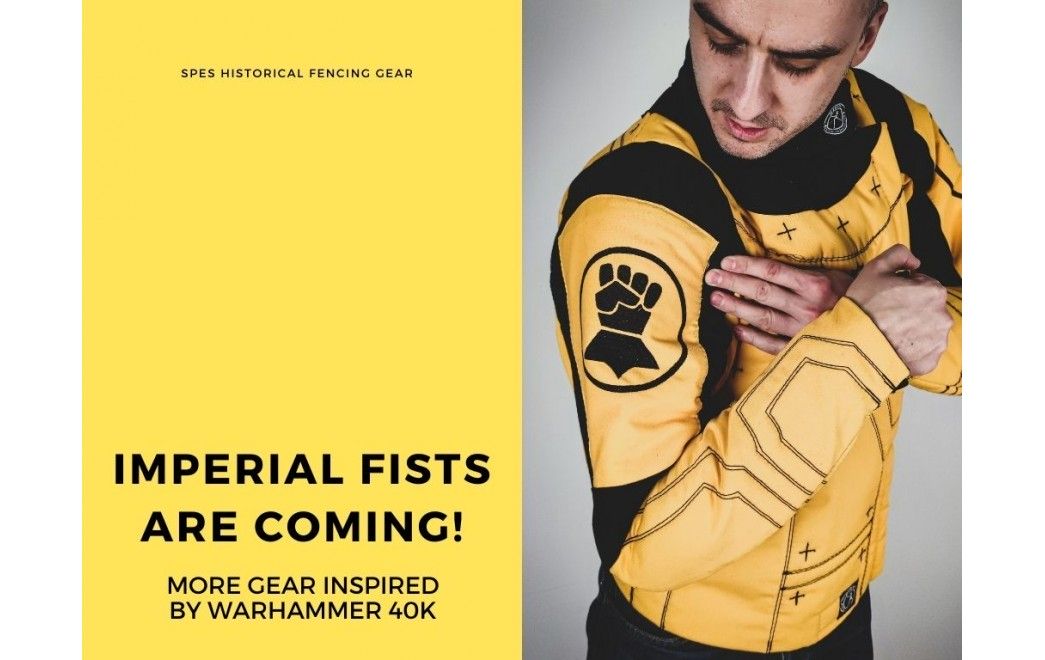 It seems you like our products in customized version inspired by Space Marines from the world of Warhammer 40,000. This time our customer asked us for preparing a special jacket with Imperial Fists theme – a unit raised by the Emperor himself!

The Imperial Fists differ from other Space Marine Chapters as they possess no fixed homeworld. They are usually based on Terra. What is interesting, the Imperial Fists rely on their 10,000-year-old mobile space fortress to serve as their fortress-monastery.

Imperial Fists maintain recruitment-chapels on various worlds spread throughout the Imperium. Part of their duties were to function as the Emperor’s “personal praetorians,” following Him everywhere.

More on this unit you will find here. 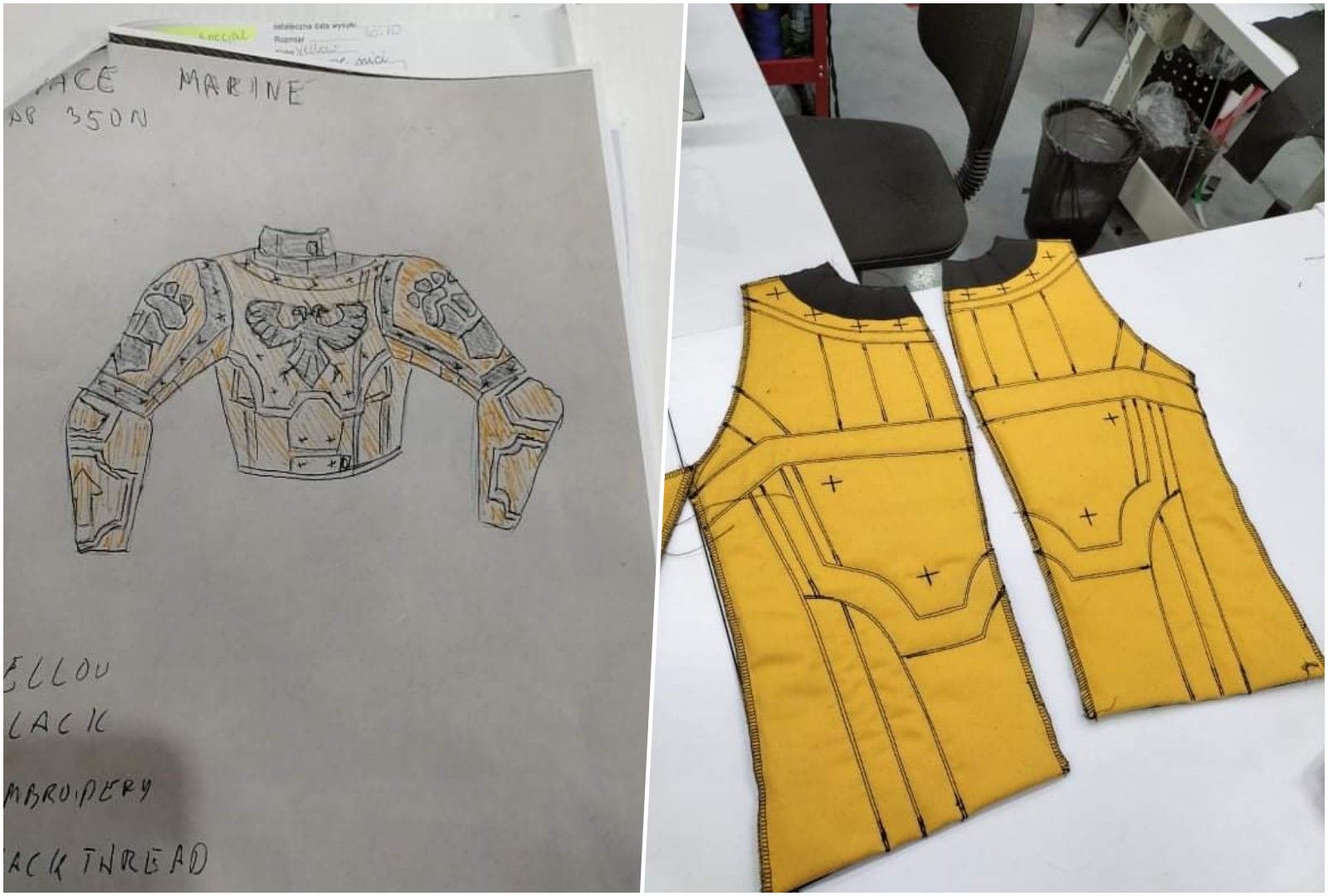 Like usually in geek projects, we rely on many illustrations, pictures and figures. On their base, we created a composition in yellow and black colors. 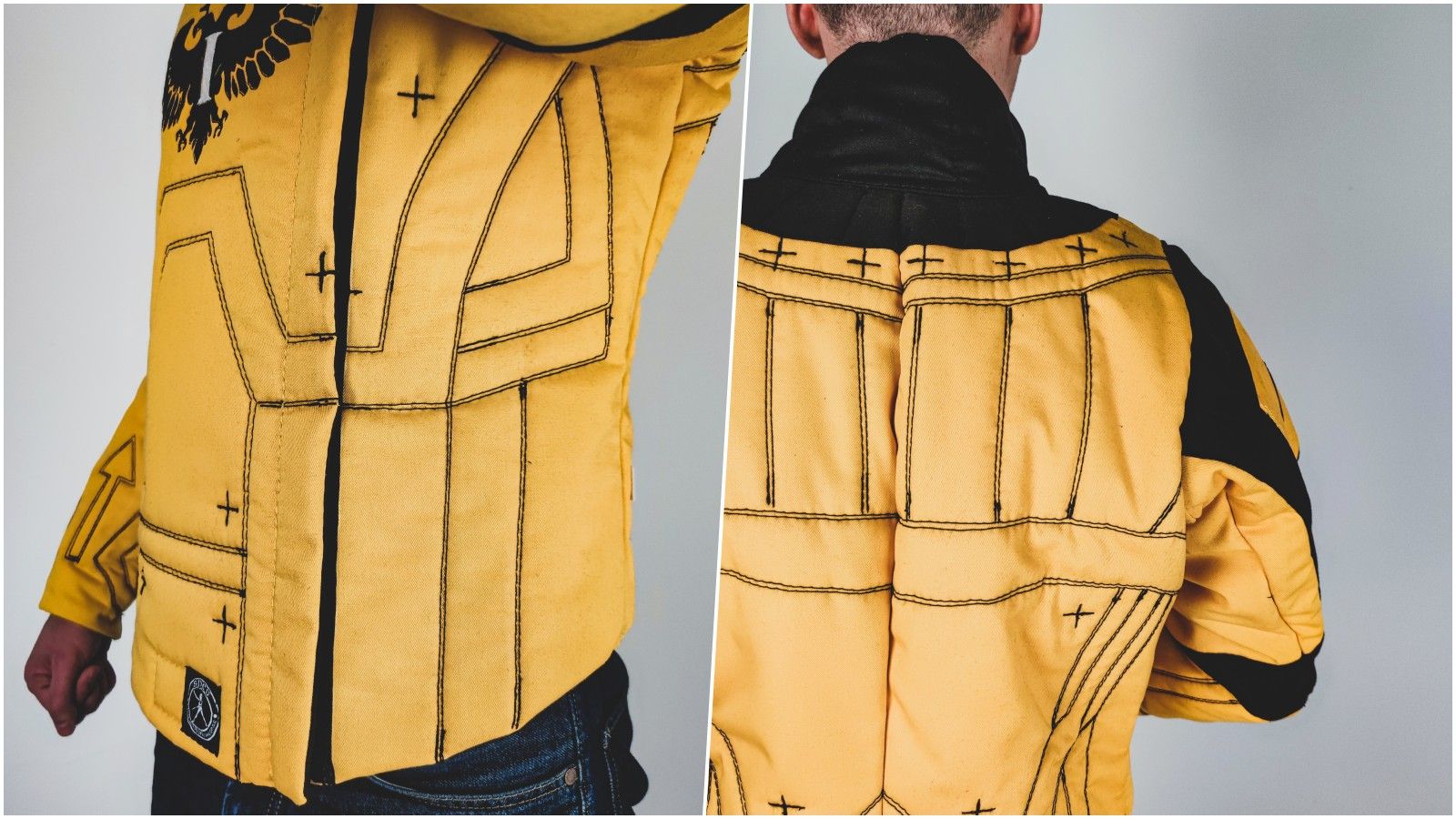 This custom jacket has a base in the form of yellow AP 350N jacket with extended front flap. We wanted to make a bit more space for chest embroidery in the form of Imperial Army’s emblem. Around collar and large ephods with another emblem – and Imperial Fist – you can notice black insertions which underline the design referring to an armor.

What is more, in this interpretation we have prepared stitching in contrastive color, referring an imperial armor with double-stitches and X marks representing rivets around neck and sensitive points of our “armor”. 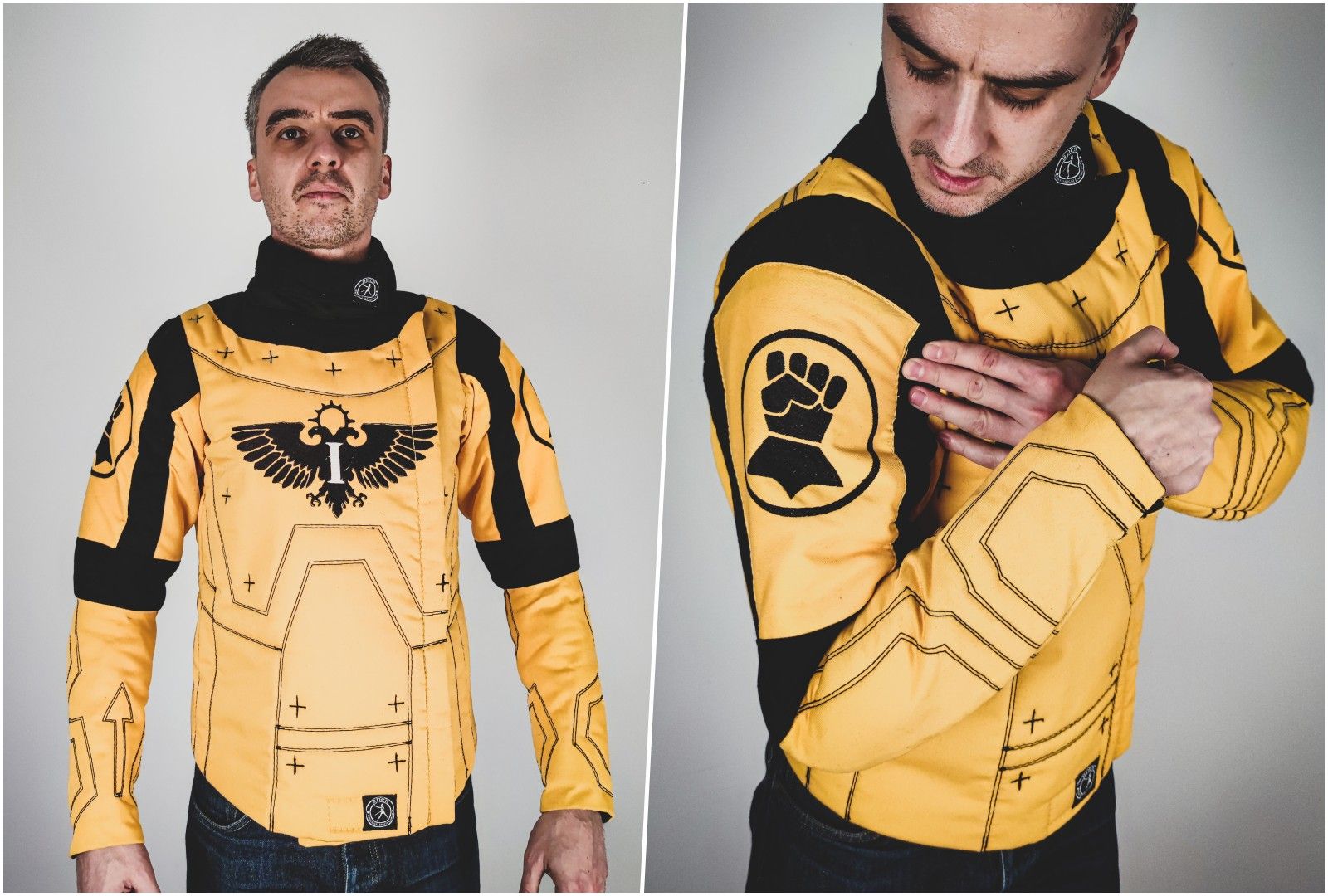 We have so much fun with these projects… And how do you like our Warhammer 40k family? If you think about similar project, or any other cusmomization, feel free to contact our Sales Department via email info@histfenc.com